The Jewish holiday of Passover begins at sundown on Friday, March 30th, and ends on Saturday, April 7th (although it lasts for only 7 days if you happen to follow the customs practiced in the Israel). It is one of the most widely observed holidays among Jewish people.

Passover is a celebration of the liberation of the Jews from Egypt during the ancient Egyptian empire. Almost everyone, no matter what their religious or cultural background, is familiar with the story of Exodus. In brief, it recounts how God sent plague after plague upon the Egyptian people until the ruling Pharoah at the time (unclear who this would be) finally allowed the Jews who had been held in slavery to be freed. Before the Pharoah relented, the Egyptians endured invasions, infestations, infiltrations, outbreaks, scourges, blights, afflictions and diseases! Specifically: Blood (all the waters turned to blood), Frogs, Bugs (probably lice), Wild Animals, Plague (killing livestock), Boils, Hail, Locusts, and Darkness. It wasn’t until after the 10th and final plague, the death of the 1st born child from every family (including the Pharaoh’s son), that the Pharaoh called for Moses and told him that he could set his people free. The holiday is called Passover (Pesach in Hebrew) because God “passed over” all the houses of the Jews and spared them from the final plague.

The Seder (the ritualized dinner ceremony) is held on the first night of Passover. Some families and cultures may also have a Seder on the second night, but the first Seder is the main celebration. There is a very prescribed order to the Seder meal. It begins with saying the Kiddush (blessings) and drinking the first glass of wine. The Haggadah is the text that is read throughout the Seder meal which includes the story of the exodus and the Four Questions about how this night is different from all the others. At various points in the telling of the story, wine is drunk and specific foods are eaten to punctuate certain events such as bitter herbs to remind one of the bitterness of enslavement.

Any celebration that involves food and wine is a perfect gifting opportunity! Every year we create several new Passover gift basket ideas just for this purpose. It should be noted that Passover gift ideas can be a little tricky since there are fairly strict constraints on what can and what cannot be eaten. For example, no leavened bread is eaten during this holiday. (This is because the Jewish people had to flee Egypt so quickly after they were freed that they didn’t have time to leaven their breads. Hence, the tradition of eating matzah and why Passover is also called the “Feast of the Unleavened Bread”.) Moreover, the food eaten at a Seder and indeed during the entire Passover holiday needs to be certified “Kosher for Passover” which means that the foods not only comply with Kosher dietary laws but also will not contain any grains that could ferment and possibly leaven, such as wheat, barley, oats, rye and spelt. Pre-packaged foods will have this label clearly marked. 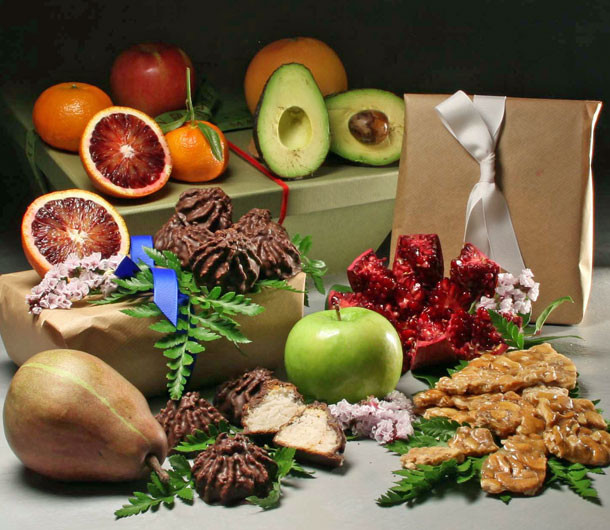 Wine is a great gift idea for any occasion, but it’s especially appropriate as a Passover gift idea because one cup of wine must be drunk at four different points during the Seder (that’s a total of four glasses of wine per adult!). The four glasses symbolize the four promises God made to the Hebrews, loosely interpreted as: I will free you from your burdens, I will bring you out of enslavement, I will give you help and guidance, and I will take you as my people.

So if the Seder will be hosting a large group (which is very common) there will definitely be a need for more wine. Make sure the wine is Kosher for Passover

and remember that red wine is preferred.

We are recommending a lovely dry red wine from the Galil Mountain Winery in the Upper Galilee region of Israel. This wine includes several grape varietals: cabernet sauvignon, cabernet franc and a little bit of petit verdot. 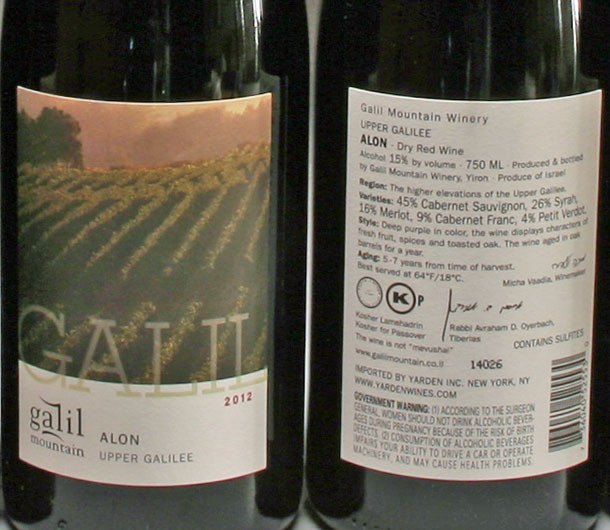 Kosher for Passover red wine from Israel will be a welcome gift at any Seder dinner table.

Include a bottle or two of this Kosher for Passover wine in one of our Passover dessert gift baskets for an extra special Passover gift idea. Your grand gesture will be greatly appreciated! 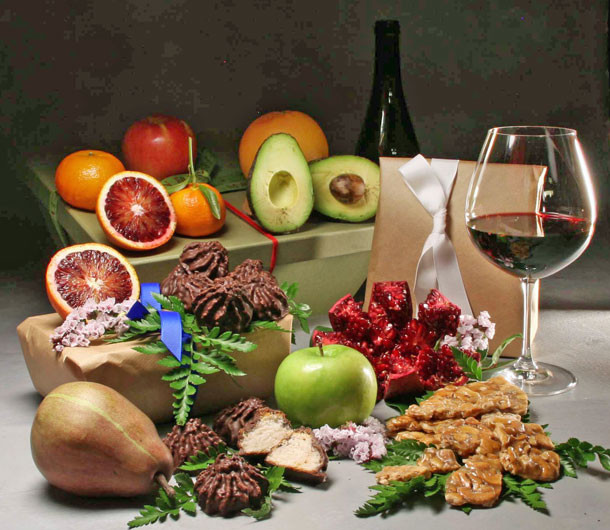 Raise the bar on your Passover gift basket by including a Kosher for Passover wine.

Whether you are attending the Seder, or sending your gift to loved ones from afar, your thoughtfulness will mean so much on this significant Jewish holiday. “Chag Pesach Sameach” or “Happy Passover” from all of us at Manhattan Fruitier!

Founder at Manhattan Fruitier
I founded Manhattan Fruitier in 1987. We will use our blog to talk more personally to our customers, recipients of gifts, and anyone who happens upon Manhattan Fruitier. We understand the special obligation we have as a gift service. After all, gifts reflect directly upon the sender and have the power to surprise someone and make them happy. Google+